Teaching Chatbots To Negotiate with Your Prospects Like You Normally Would

Feb 20, 2018 6:31:32 PM
Machine Learning
eTeam → Blog → Teaching Chatbots To Negotiate with Your Prospects Like You Normally Would

One of the biggest inventions of the 21st century is artificial intelligence. Although scientists have been toying with the idea of AI from the 1980’s, most of the work on the subject has only taken place over the last couple of years.

Economic experts Erik Brynjolfsson and Andrew McAfee in their book Machine, Platform, Crowd: Harnessing Our Digital Future say that the information age has come to an end and that the future is in machine learning aka artificial intelligence. This was proven true when an AI beat a world champion in Go three times out of four. This was one of the most significant moments in Artificial intelligence with the team at Google DeepMind since it was the first time a machine had beaten a world champion at the game.

Chatbots are AI’s children. Even though we have had some examples of chatbots already working for us, none was using machine language to better itself and do more. When artificial intelligence was used to make bots smarter, we got our virtual assistants such as Siri, Cortana and Google Assistant. Each is a powerful bot capable of things that were thought to be impossible in previous years such as make orders, answer calls, book flights etc. Presently, we utilize these bots a lot, but for them to do more for us, we’ll need to give them new skill sets such as the power to reason and memorize. 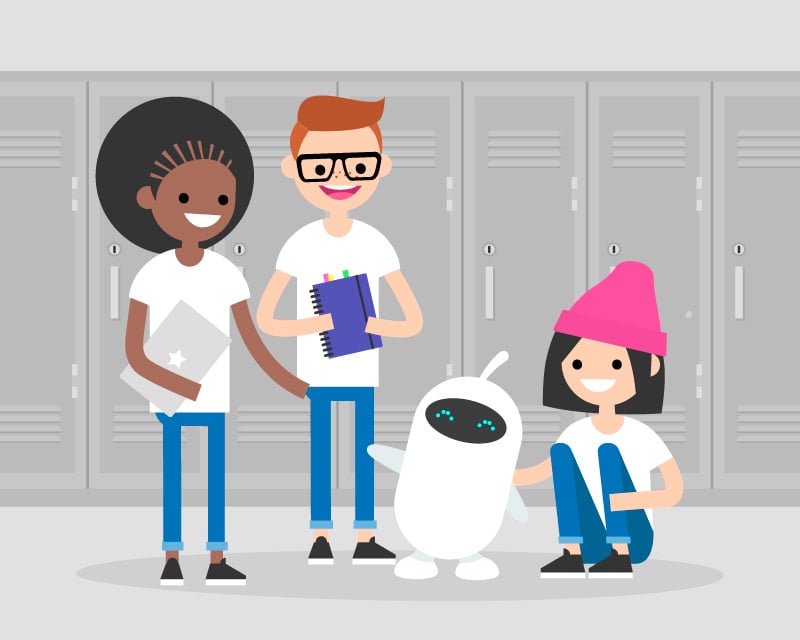 For human beings, negotiation is one of the best skills anyone can have. That’s because from the moment we wake up to the time we go to bed, we have been negotiating all day. These discussions might revolve around getting a better price for something or even convincing your children to eat their salads. It is abundantly clear is that negotiations need complex reasoning and communication skills; attributes that machines do not have.

Some of the world’s biggest corporations such as Microsoft, Facebook and even Amazon have shown their interest in bots and their future in the computing world. Researchers at the Facebook Artificial Intelligence Research (FAIR) published their research and made their code open source for anyone to access. Just as negotiations are in real life where people have different objectives, lock horns and then come to a compromise, the scientists showed that they could also do the same with dialog agents who have different goals. For bots to be operational on a wide range of functions, they need to master the art of deal-making.

For a bot to successfully handle a negotiation, it must understand the context of the negotiation and also produce meaningful output. Facebook has become one of the biggest lead generators for many companies. Even those who were skeptical about the power of social media have joined the platform and using it to increase revenues. Since Facebook was the first of the giants to embrace these chatbots, a report has indicated that there are more than 11,000  bots added to messenger. However, not all these bots were built by Facebook. Others are third-party bots made to help smooth things over when conducting business on the platform.

Bot’s abilities to negotiate have been questioned before. The researchers had in-depth coverage of what it will take to teach a bot to negotiate with other bots and humans as well. Simple tasks shouldn’t be a problem. However, negotiations can be tough. Here are a few takeaways as to the reason why bots are on their way to being the best negotiators around.

Often customers buy products in batches or in sets. After they have several items in the cart, they may want to negotiate the prices of the products before they proceed to checkout. As such the bots should be able to make valid negotiations that result in a fair desirable conclusion. The team at FAIR ran many simulations where agents were handling multi-issue bargaining and given the task to divide certain items. All the agents were provided with a customized set of product-values and given the freedom to set their own priority levels. The researchers made sure that it is impossible for both agents to get the best deal at the same time while also ensuring that both parties walked away after not agreeing on a negotiation; after ten rounds of negotiations or so.

Negotiations are a reasoning and linguistic issue where verbal intentions must be made. Normally in a negotiation, there are both cooperative and hostile elements. This means that there must be an underlying forward that has the long-term plan that will generate the appropriate responses that will, in the end, lead to the achievement of the desired goal. The main agenda behind creating such long-term plans is to facilitate long conversations and think ahead showing possible scenarios accounting for each one.

Chatbots have been an incredible invention for businesses all over the world. Bots have been used in different industries such as restaurants, healthcare, shopping among others. Given that by 2020 this industry will be a $3b industry, everyone wants a piece. By developers teaching bots the art of negotiation, they ensure that no client is left out of any deal. When chatbots perfect the art of negotiation, we can then entrust and empower them to do more. Even though the arena of artificial intelligence is relatively new, more developers are in fact joining the team. Since leading bot companies like Facebook have taken the first step by making their code open source, more developers will get on it and soon enough, incredibly smart bots will take over this space.