This is precisely exhibited by the era of tabulation in the 1900s which led to the age of programmatic computing in the 1950s which has lasted up until now.

In that span, different organizations have dedicated their time to making computers smarter and able to understand human beings better. This is where the notion of cognitive computing came up.

Since the year 2000, we have seen a fast-paced improvement in technology. Today we have multiple virtual assistants, and AI-based chatbots that give clients support in various avenues whilst keeping it simple and straightforward. The International Data Corporation (IDC) had a study that showed revenues coming from global cognitive systems and artificial intelligence would surpass $47B in 2020. What’s more, more than half of digital consumers will have used cognitive computing on a regular basis even if they aren’t quite aware of the technology.

What is cognitive computing?

In a nutshell, cognitive computing can be defined as using machine learning and artificial intelligence to give machines the ability to examine and understand data which can then be used to generate meaningful insights to help the business and make the system smarter. As the mountain of data continues to pile, getting the right information timely can mean a huge difference for the business. Since the computing power of computers is significantly higher than humans’, a system that runs on cognitive computing technologies is much more powerful and useful to the organization. Often information is usually time sensitive. Catching the right information at the wrong time can mean losses for your business. Getting it at the right time, however, can mean the difference between making a good decision and making an informed one which can save a business big time.

What cognitive computing does is bringing together incredible technologies such as natural language processing and queries, machine learning and real-time computing. Independently these applications are quite useful. Combining their power, on the other hand, makes the technology thrice as powerful. As such, analyzing large volumes of data whether structured or unstructured will be much simpler with conclusive results.

As more aspects of our lives continue to be digitized, more threats are also coming out of the woodworks. Cybersecurity is continually one of the biggest challenges facing businesses today. A 2016 Global Economic Crime Survey report by Price Waterhouse Coopers indicated that about 32% of organizations were affected. Of course, this percentage must have risen over the years. Since human ingenuity isn’t enough to keep this attacks from happening or identifying them as they are occurring, we have turned to cognitive computing.

As the number of threats and the complexity of attacks increase, designing solutions using cognitive computing and predictive analytics is the only way to win the war. According to a report by IBM called Cybersecurity in the Cognitive Era, the most prominent challenge faced by the security specialists is slashing down on the average response time for a given incident. Therefore, identifying an event and responding to it takes a lot more time and effort which is ineffective. However, since cognitive computing made its way to the limelight, it has efficiently shown that there is a better way to do things. So, from a design perspective, how can cognitive computing help win the war against cybercrime? 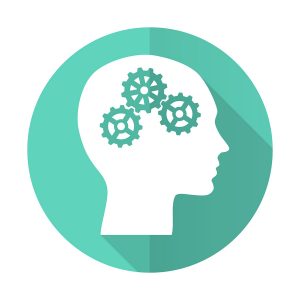 Data is the driving force behind every organization’s success. Cognitive computing is characterized by the ability of the system to handle large amounts of both structured and unstructured information. Previously the company would first invest in normalizing all the data before attempting to process it. This is both a tedious and resource intensive task. By weaving cognitive computing into organization’s systems, the data analytics becomes relatively simple. In the healthcare industry, for instance, systems designed with a background of cognitive computing will collate reports, data from various sources such as diagnostic tools, medical journals, the patient’s history and other prior treatments. That way, when the system gives back information, it’s backed up by evidence which can significantly affect the care provided to the patient.

One of the marks of a successful business is in its efficiency. Where there is inefficiency, the company is losing money. With cognitive computing, you can join the dots where it would otherwise be impossible. Since cognitive computing has an element of predictive analytics, the company can uncover patterns for both trouble and opportunity. This allows the company to create a proper plan for the oncoming situation. This allows a relatively straightforward tackling or capitalizing on the situation. The system can identify suspicious behaviors early and alert the necessary parties thus preserving the company’s security efforts.

Prior to launching a product into the market, proper testing is imperative. In the field of measuring product performance, cognitive analytics is the bar. Product recalls are very costly to a business. That’s because it hurts you financially as well as in the reputation sector. Therefore, before any product is released to the world, rigorous testing and monitoring must be done. By analyzing the performance of a certain product, cognitive technology can accurately pinpoint the source of the malfunction and plot a corrective path. Cognitive computing can then be used to determine the safety of security-based products and identify its weaknesses so that it can be patched before the roll-out to users. This not only strengthens the organizational security, but also fosters a conducive environment for success.

As we have recently seen with artificial intelligence, cognitive computing is the future. Currently, the leading cognitive computing system is IBM’s Watson. Many businesses have tried it out and loved it. Especially companies that require a lot of data processing, cognitive computing cannot be wished away. The technology not only improves the information security of the business but also ensures profitability and trust in the brand.