Ruby on Rails and React Native Are Perfect for Startups

We’ve been dedicated Rubyists at eTeam since 2009, and Ruby on Rails is still our go-to framework almost a decade later. In most cases, Rails is the best option for startups because it’s usually faster to develop with Rails than other frameworks that offer similar functionality. What’s new in our repertoire is React Native, which is the best choice to quickly develop apps for iOS and Android. Rails and React Native are a startup founder’s best friend when looking to get to market as quickly and cheaply as possible.

Ruby on Rails has a strong following among developers. Clear cut best practices make it faster and easier to both write code and debug. A robust community means that Rubyists can draw from tons of open source gems to speed up development.

All of this matters to a business beyond the benefits of having happy developers. In cold hard cash, it’s 30–40% faster to develop with Ruby on Rails compared to similar technologies. Developer time is usually the biggest expense when building an MVP, so it goes without saying that reducing this by a third or more is important for bootstrapped startups. Martin Fowler has a detailed comparison of Ruby and the enterprise heavyweights Java and .NET—not surprisingly most PMs said Ruby on Rails was faster to build projects with.

Saving on development costs isn’t just for cash-strapped startups. Established companies also use Ruby on Rails: Basecamp, GitHub, Airbnb and Hulu. So much for the myth that Ruby on Rails doesn’t scale! Rails gets the job done in less time, for less money and keeps your developers happy.

React Native is the king of mobile apps 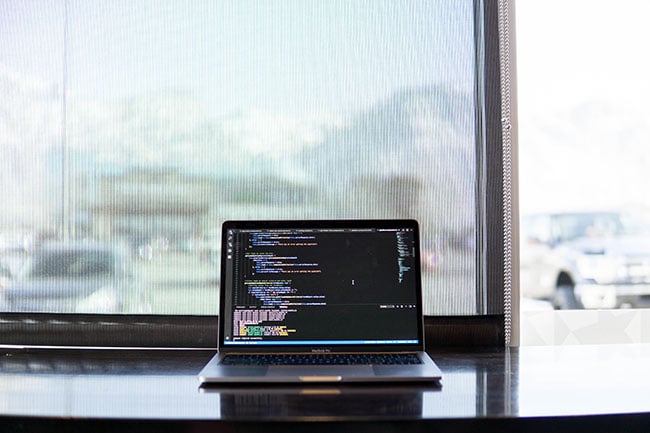 Photo by Max Nelson on Unsplash

True mastery of a tool is knowing when that particular tool isn’t the best choice. Hence the old adage that if a hammer is your only tool, everything looks like a nail. Ruby is great, but we also have other tricks up our sleeves when Rails isn’t a good fit.

We have a client with a super high load app that processes millions of requests. Golang was clearly the best choice, so we wrote the app in Go. One of our engineers even devised a scheme to unit test the Go app using Rails.

Other projects required machine learning and advanced data science. Python is a much better fit in this case, so plenty of our projects use Python.

We also inherit projects with legacy code, especially PHP. In most cases it doesn’t make business sense to reinvent the wheel and rewrite the codebase from scratch in Ruby. Most commonly this happens when clients approach us to add new features to their Magento stores. While we advise clients to open new stores in Solidus or Spree, there’s little point in migrating an existing Magento store to either of these platforms.

Other frameworks to consider

Rails definitely isn’t the only framework out there. While you’re doing your due diligence, it’s worth taking a look at some other contenders. Laravel, Django and all-JavaScript apps with Node on the backend are all legitimate options for startups.

There’s no harm in exploring other options, but at the end of the day those frameworks deliver more or less the same result. Rails still has the advantage of generally being cheaper and faster to build.

Tech is still just a tool

At the end of the day, you’re building a profitable business. Technology is the tool that gets you there, but don’t fall into the trap of technology for the sake of technology. Your end users aren’t going to care whether your tech stack is trendy; all they care about is that your app actually works.

From a business perspective, you need to make sure your tech supports your needs, is maintainable and sustainable both in terms of cost and your expansion plans. That’s why Ruby on Rails on the backend plus iOS and Android apps with React Native is the way to go for most startups.

Do you have a startup that needs a tech partner? Drop me a line, and we can discuss the best solutions for your business.

Success borne through quality is never a fluke. Our team has shown great dedication and ...

Happy to announce that eTeam was included in Inc 5000 - a list of the fastest-growing private...