These words have been thrown around so much lately and with such different meanings that they’ve become useless. That’s unfortunate, since budding entrepreneurs need to cut through the hype in order to build sustainable small businesses.

Startups shouldn’t try to be innovative.

I’m not trying to call a urinal art or anything in the iconoclastic vein. I’m a startup founder, have spent my entire adult life in tech and have gone through a traditional MBA program. So what gives?

First we need some definitions.

A startup is a small business. Obviously the definition has some level of fluidity. We can adapt the two pizza rule into a general heuristic: startups have a founder, are new enough not to be the entrenched company in their niche and are small enough for everybody to at least know everybody else's name.

When I discuss startups, that’s the type of company I have in mind. The distinction isn’t merely academic—a company with five people and barely getting by is completely different than one with thousands of employees and millions of dollars in revenue.

True startups have some great qualities and a vibe that established companies want to tap into. Calling myself a teenager when I’m in my mid-thirties isn’t going to magically bestow a youthful vigor. Mid-thirties is still young and not middle-aged…right? But, I digress.

Startups are back scratchers. They fill a niche and solve problems that nobody else can get quite right. These problems can be perfectly mundane like hailing a taxi or booking a hotel. They solve specific business problems like managing the hiring process or automatic billing.

The key is that there is some need that is not being met by existing businesses and tools. A startup comes in and adds something—it could be a better user experience for current tools that are nearly impossible to use or a startup could offer a solution that’s good enough at a fraction of the price. 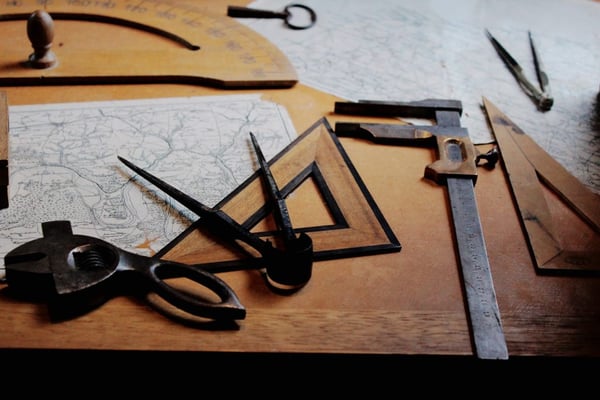 Photo by Fleur Treurniet on Unsplash

Disruption as a positive force

In most cases, startups are disruptive—stripped of its negative connotations, this means that startups focus on improving processes. You get something cheaper and faster rather than paying for features you don’t need.

A simple example of this is typing a document. I never touch 90% of the buttons in Word, so I switched to an editor that’s a fraction of the price. For my needs it’s great, but it wouldn’t work for those who need a full-featured word processor. Most startups operate in this disruptive space.

It’d be hard to call the text editor that I happily paid ten bucks for innovative as far as technology goes. It might actually be closer to Vim (with all the innovation of 1991 software) than Microsoft Word—haters gonna hate, but Word has tons of cool features that are technologically innovative.

So let me go back and qualify my initial claim: Startups don’t have to invent new technology, they bring fresh approaches to solving problems with existing technology.

Building a rocket to cross a river when a bridge would do the trick doesn’t make a lot of sense. Once corporations get big enough, over-engineering becomes a common tendency. 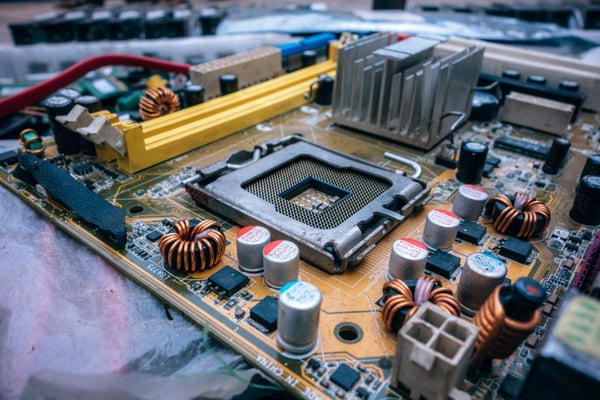 That’s why big companies are trying cargo cult startup culture. In the best case scenario, companies let small agile teams work with lots of autonomy to produce results within the larger enterprise. The result is the same as a startup—inefficiencies are found and replaced with automation or other forms of internal disruption.

Choosing the right tools often ends up becoming a stumbling block for non-technical founders who fall under the sway of hype driven development. I’ve built successful startups with tried and true technology like Ruby on Rails or even PHP. At the same time I’ve seen other startups fail because they blow throw their funding with over-engineering.

Gather the wood for my stake, but small startups aren’t R&D powerhouses. Facebook made React after they were already big. Google was long past their startup days when their coolest moonshots started landing. Elon Musk isn’t building a rocket in his garage.

Early stage startups innovate in ideas, find more efficient ways to solve age old problems and often use hacks to do so. Obviously innovation is incredible and more necessary than ever as we need to feed billions of people on our planet. My argument is that the innovation small businesses engage in shouldn’t be compared to the capital intensive research that governments, academia and enterprises carry out.

Why de-mythologizing innovation is important

All this innovation mythology is demotivating to small-scale founders. Over the past few years I’ve worked with entrepreneurs that have wanted to reduce food waste in their community, automate billing for small companies and improve the safety of our roads. These startups have collectively employed dozens of people and positively impacted the lives of thousands of users.

I’m inspired by each of these founders and what they’ve done in their communities. Moonshots are great—we all need an inspiring story from time to time—but, we also need to bring startups back down to earth.

I’ve made it my goal to offer simple MVPs to startups for under 15k. That way, I can connect my expertise from the tech industry with the knowledge other founders bring from their backgrounds. Together, we can solve smaller problems and make the world just a little bit better, one startup at a time.

Happy to announce that eTeam was included in Inc 5000 - a list of the fastest-growing private companies in America with a rank of 2,445!

At eTeam, we are entrepreneurs just as we are engineers, designers, and product managers. We understand profoundly that building a company is hard and requires more than just great technology. We...

Every year, Clutch announces their Leader Award winners. These companies represent the highest-ranking service providers on the site according to geographic location and service line. We are...